Seeking to tighten its grip on the region also claimed by neighbouring Pakistan, India this week scrapped the state’s right to frame its own laws and allowed non-residents to buy property there.

Since Sunday telecoms links have been suspended, at least 300 leaders detained and public gatherings banned, effectively confining residents to their homes.

Dozens of people walked on the streets of Srinagar, the region’s main city, for the first time this week to offer prayers at mosques guarded by police.

“Every time we have embraced India, they have cut our throats,” read a handwritten poster at one mosque, which also urged Kashmiris not to sell land and to hold protests after Eid prayers on Monday.

Leaders in Kashmir had warned that scrapping the special status would be seen as an act of aggression against the people of the Himalayan state, where more than 50,000 people have been killed in a 30-year-old revolt against Indian rule.

Arch-rival Pakistan, which lays claims to Kashmir, has downgraded diplomatic ties with India and suspended trade in anger. On Friday, senior Chinese diplomat Wang Yi said China was gravely concerned about the situation in Kashmir, the cause of two of three wars between nuclear-armed India and Pakistan.

Wang met Pakistan’s Foreign Minister Shah Mahmood Qureshi in Beijing and assured him that China would continue to support Pakistan to safeguard its legitimate rights and interests, the Chinese Foreign Ministry said in a statement.

There have been no major protests in Kashmir, barring sporadic instances of stone-throwing in the last few days, but several residents and a police official told Reuters resentment against the decision was building.

“There is a lull right now…the situation can go out of control,” said the police official, who declined to be named as he was not authorised to speak to the media.

Policemen in riot gear were posted every few metres around the Jama Masjid mosque in Srinagar’s old quarter. One officer said he faced regular attack from young people throwing stones.

In New Delhi, however, foreign ministry spokesman Raveesh Kumar said Kashmir was calm and the inconvenience expressed by its people was temporary.

“Just outside Srinagar things have really come back to normal,” he said. 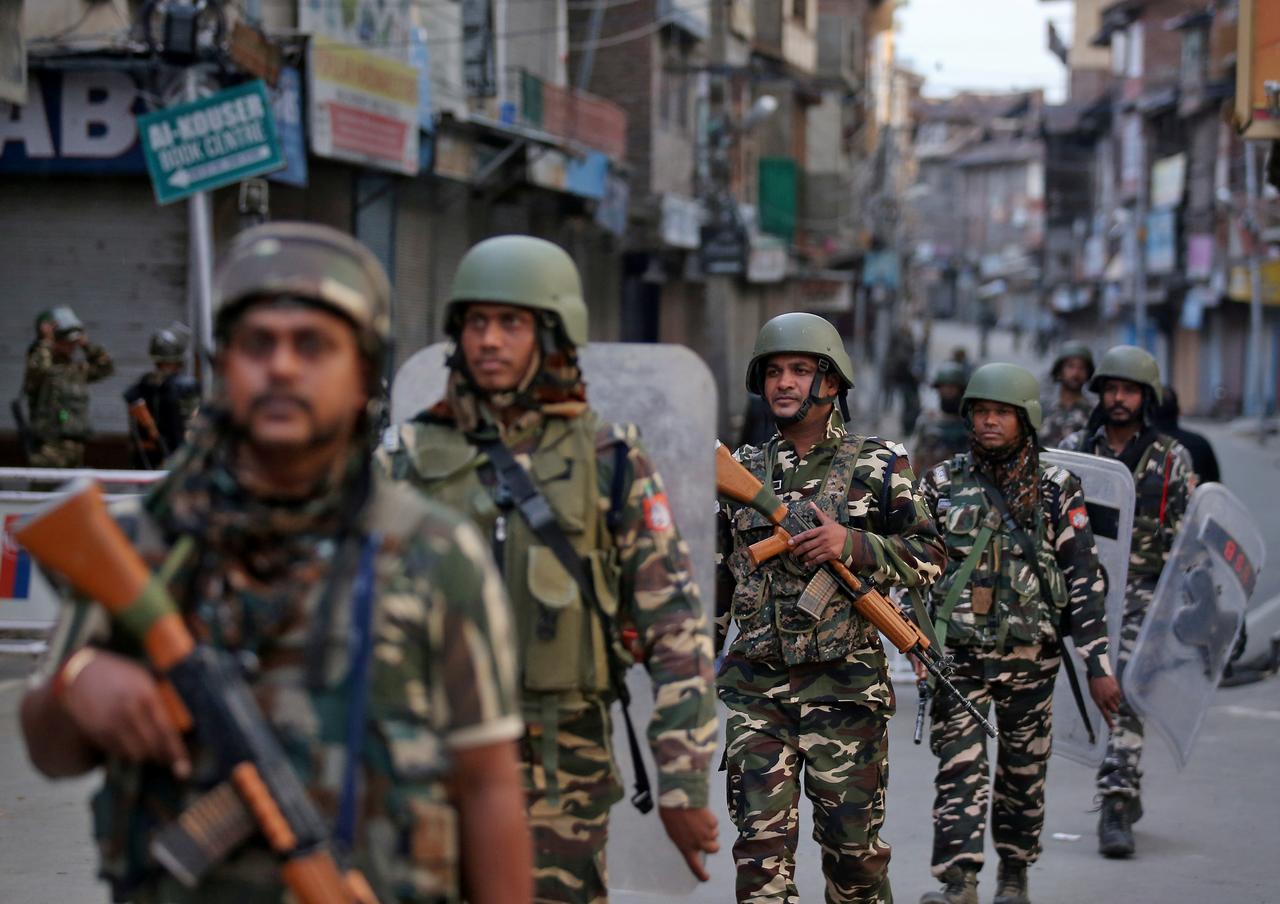 Kumar added, “People are going about their business, vehicles are plying normally. If we are confident of maintaining the law and order, I think those restrictions will be relaxed, I’m quite sure.”

India’s National Security Adviser, Ajit Doval, met the governor of Jammu and Kashmir and “expressed satisfaction regarding the overall situation, which is, by and large, peaceful,” the state government said in a statement.

Thousands of additional paramilitary troops flooded into Kashmir, already one of the world’s most militarised regions, ahead of Monday’s announcement of the change in constitutional status.

In a narrow alley behind the Srinagar mosque, 32-year-old Tariq Ahmed warned of a backlash against the Indian government once it relaxed the curbs on movement in the city.

“If they (authorities) have used force on unarmed Kashmiris, we will also react with force,” said Ahmed, a university worker.

“We have no faith in the Indian government. They should let us protest. Otherwise, the only option is armed struggle.”

Modi’s decision will benefit Kashmiris and the government would move to create more economic opportunities, he said in a speech on Thursday.

Some in Kashmir did not agree.

“They are thinking that they will be able to keep people suppressed,” said Owais, 29, a government employee who gave only his first name. “This strategy will backfire.”