The official Korean Central News Agency said two missiles launched from a western airfield flew across the country and over the area surrounding the capital, Pyongyang, before accurately hitting an island target off its eastern coast.

Its four rounds of weapons demonstrations in two weeks come during a stalemate in nuclear negotiations and after President Donald Trump repeatedly dismissed the significance of the tests, even though the weapons show North Korea’s ability to strike at U.S. allies South Korea and Japan and its military bases there.

Experts say Trump’s downplaying of the North’s weapons displays allowed the country more room to advance its capabilities and build leverage ahead of negotiations, which could possibly resume sometime after the end of the allies’ drills later this month. 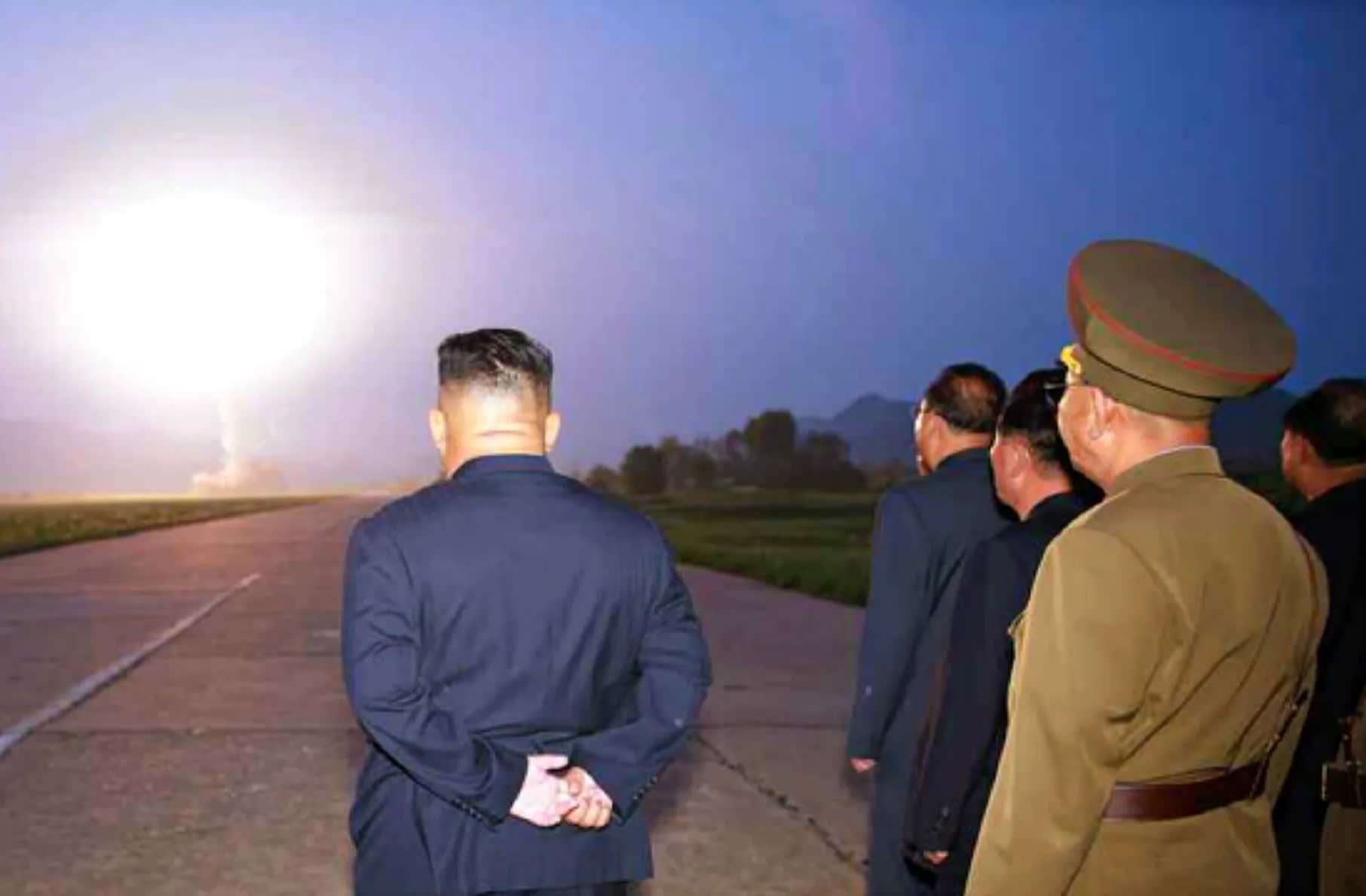 He did not provide a specific answer when asked whether Seoul believes the North’s weapons display will intensify.

The KCNA said the launches early Tuesday verified the reliability and combat ability of “new-type tactical guided missiles.” Kim expressed satisfaction and said the launches would send an appropriate level of warning to the military exercises between the United States and South Korea that began on Monday, the report said.

Pyongyang’s official Rodong Sinmun also published photos showing what appeared to be a missile soaring from a launcher installed on a vehicle and Kim smiling and celebrating with military officials.

South Korea’s military had described those missiles as similar to the Russian-made Iskander, a solid-fuel, nuclear-capable missile that is highly maneuverable and travels on low trajectories, improving its chances of evading missile defense systems. Last week, North Korea conducted two test firings of what it described as a new rocket artillery system.

Kim Dong-yub, an analyst at Seoul’s Institute for Far Eastern Studies, said North Korea’s decision to fly the missiles over its capital indicated it was confident about the reliability of the system. Kim, a former South Korean military official who had participated in inter-Korean military talks, said Kim Jong Un is making a measured effort to advance the North’s military capabilities without allowing nuclear negotiations with Washington collapse.

North Korea has denounced Washington and Seoul over their joint military exercises. South Korea confirmed they started Monday but hasn’t given details about the drills, which were expected to involve computer simulations and not troops or equipment.

Discussions are underway for a foreign ministers’ meeting later this month in Beijing, where South Korea, China and Japan can discuss issues concerning Northeast Asia ahead of a trilateral summit expected to take place before the end of the year.

“The three countries are in talks (for) a foreign ministers’ meeting,” Seoul’s Foreign Ministry said Wednesday, adding that details, including the date of the meeting, have not been confirmed.

Earlier in the day, Japanese broadcaster NHK reported that Korean Foreign Minister Kang Kyung-wha will hold talks with her Chinese and Japanese counterparts, Wang Yi and Taro Kono, in Beijing on Aug. 21.

It also said Kang and Kono will hold a bilateral meeting to discuss the escalating trade rift and the issue of wartime forced labor, on the occasion of the three-way talks. The Korean Foreign Ministry said nothing has been confirmed regarding the bilateral dialogue.

During the South Korea-China meeting, the two ministers are likely to discuss Chinese President Xi Jinping’s possible visit to Seoul. They may touch on the possible deployment of US intermediate-range missiles on South Korean soil, though Seoul’s Defense Ministry said Monday there has been no discussion of the matter between Washington and Seoul.

US Secretary of Defense Mark Esper on Wednesday said he was not asking Asian allies of the US to deploy US missiles.

The three ministers’ key agenda items reportedly will consist of the series of missile launches by North Korea in recent weeks and how to achieve the denuclearization of the Korean Peninsula.

On Tuesday, North Korea fired two projectiles believed to be short-range ballistic missiles into the East Sea, the fourth such launch in less than two weeks. The North has stated that it fired the missiles to protest a South Korea-US joint military drill that began this week.

Relations between Seoul and Tokyo have further deteriorated this year as simmering disputes over Japan’s wartime use of Korean slave labor reignited.

In an apparent act of retaliation against 2018 Korean Supreme Court rulings in favor of victims of forced labor, Japan slapped export restrictions on materials critical to the South Korean economy.

On Aug. 1, Kang and Kono met in Thailand to attempt to resolve the diplomatic and economic quarrels, but the two only confirmed their considerable gap in views and ways of handling the situation.

On Wednesday, the Foreign Ministry urged Tokyo to rescind its decision to exclude Seoul from a list of trusted trading partners.