ISLAMABAD/MUZAFFARABAD, Pakistan | 05 Aug.’19 | Get In Lamka

Protests were held across Pakistan on Monday as the government said it strongly condemned India’s constitutional changes in the disputed Himalayan region of Kashmir claimed by both countries. 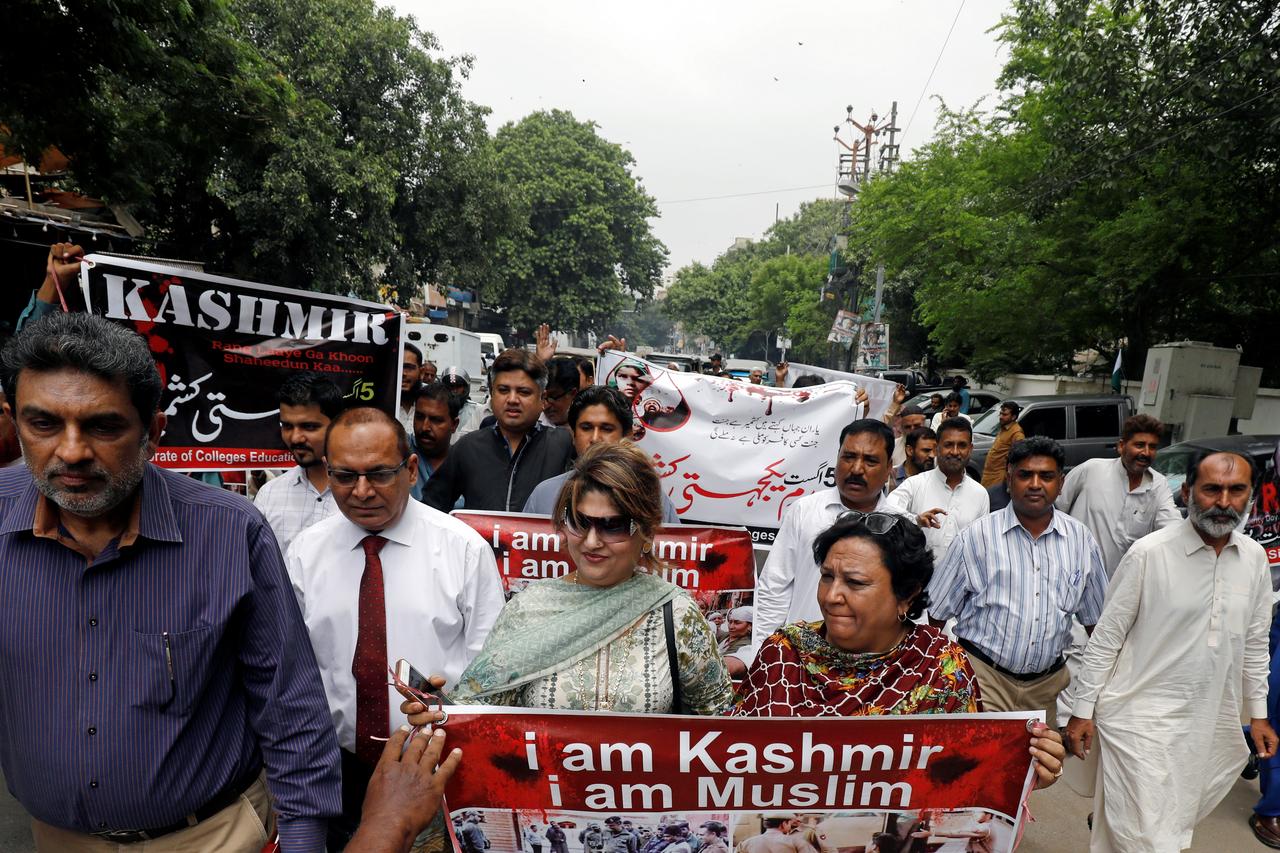 India revoked the special status of Jammu and Kashmir in a bid to fully integrate its only Muslim-majority state with the rest of the country, its most far-reaching political move on the territory in nearly seven decades.

In Muzaffarabad, the capital of Pakistan-administered Kashmir around 45 km (28 miles) from the contested border between the neighbours, dozens of protesters held black flags and burnt car tyres, chanting “Down with India”.

“The abolition of the special status of Kashmir will not serve its purpose,” said Zahid Iqbal, 35, a migrant from Indian-administered Kashmir. “We will fight, and we will fight with more vigour.”

There were also protests in Islamabad, the capital, and Pakistan’s commercial hub of Karachi.

In a statement, Pakistan’s foreign ministry said it would “exercise all possible options to counter the illegal steps,” taken by India.

Foreign Minister Shah Mahmood Qureshi said it would raise the issue with allies, including the United States.

“We intend to firmly highlight our stance in our meetings with the US delegation visiting Pakistan and with the international community at large,” Qureshi said on Twitter.

A spokesman for India’s foreign ministry declined to comment on Pakistan’s statement that the steps were illegal.

But there was no statement by Prime Minister Imran Khan or the powerful military, with analysts saying both were likely to avoid escalating tension with India for the time being. 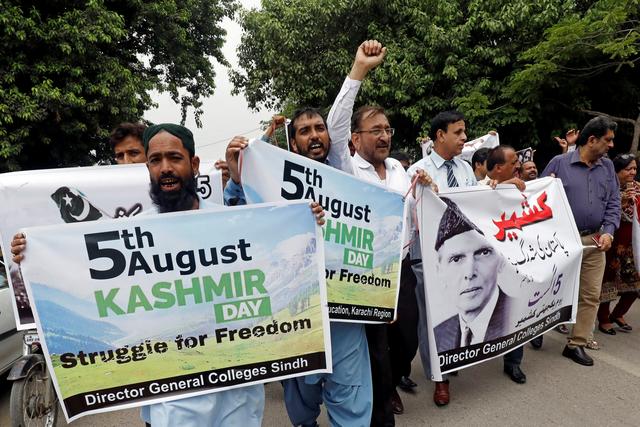 Tension between the neighbours has been elevated since February, when a militant group based in Pakistan attacked an Indian paramilitary convoy in Kashmir, killing at least 40 and bringing them to the brink of a third war over the territory.

India has long accused Pakistan of fomenting a decades-long armed insurrection against its rule in the portion of Kashmir it controls. Islamabad denies this, saying it provides only diplomatic and moral support to Kashmiri separatists.

Pakistan is playing a key role in negotiations between the United States and the Taliban in Afghanistan, and Khan recently returned from a state visit to Washington, where President Donald Trump offered to mediate in the Kashmir dispute.

India has consistently opposed third-party mediation on Kashmir, considering the issue one between the two countries.

Fresh from the state visit, Khan and the military were unlikely to want to look like an aggressor in the dispute, analysts said.

“Pakistan had lost the moral high ground on Kashmir due to allegations of (funding the insurgency) in the 1990s,” said Anam Zakaria, an analyst and author of a book on the dispute.

“(But) in the post 9/11 years it has actively tried to project a softer image, and with respect to Kashmir raise awareness of human rights violations. This unilateral act in (Kashmir) will bolster its stance.”

But there was also anger at Pakistan for its inability to prevent the move.

“This reflects the weakness of Pakistan’s government and apathy of the so-called brotherly Muslim nations that have encouraged India to take this step,” 51-year-old Kashmiri Iqbal Awan said in Muzaffarabad.