[This article is adapted and re-posted from “When Pastors Kill Themselves” by Dr. Claude Mariottini at www.claudemariottini.com]

The past several years we have seen the sad topic of suicide of pastors become a hot issue. News reports where pastors kill themselves are becoming common. One such news says, the pastor and his wife had just returned home from a prayer meeting and a few minutes later he was dead. According to his wife, the pastor was going through a time of severe depression.

This reminds us of at least three reported cases of suicides involving pastors of local churches. In each case, the three pastors were facing problems which led them to conclude that the only way to solve their problems was by taking their own lives.

The first case was the suicide of Teddy Parker, pastor of Mt. Zion Baptist Church in Macon, Georgia. According to friends, Parker struggled with manic depression and came to a point in his life where he believed he could not feel God in his life.

Parker killed himself on a Sunday afternoon after having preached to his congregation in the morning. He was scheduled to preach again that night, but he never made it. Parker was only 41 years old. He was married and had two children. According to a news report, he did not leave a note behind to explain the reason he took his own life. He died from a gunshot wound.

The irony in Parker’s suicide is that shortly before his death, he was able to convince a young man contemplating suicide not to kill himself. Parker counseled the young man for several weeks, up to a month before his own death.

The second case was the suicide of Ed Montgomery, one of the pastors at the Full Gospel Christian Assemblies International Church in Hazel Crest, Illinois. At the time of his death, pastor Montgomery was grieving the death of his wife, Prophetess Jackie Montgomery.

Montgomery’s wife died December 2012 and one year later, pastor Montgomery was still despondent about the death of his wife. Before his death he told members of his congregation that he was hearing her voice and footsteps. He died from a gunshot wound.

According to a news report, Montgomery shot himself in front of his mother and his son, inside his home in Matteson, Illinois. Both Montgomery and his wife served as marriage counselors in their church.

The third case was the suicide of Isaac Hunter, the founding pastor of the Summit Church, a megachurch in Orlando, Florida.

According to a news report, Hunter, who was 36 years old, resigned from his church on November 26, 2012, after he told church leaders that he had an affair with a member of his staff. According to the report, his wife filed a petition against Hunter, accusing him of domestic violence and describing him as being unstable and suicidal.

Isaac Hunter was the son of Joel Hunter, the pastor of the Northland Church in Longwood, Florida. Joel Hunter has been called a spiritual adviser to President Obama.

Why do pastors kill themselves? There are many possible answers to this question, but in the end, I believe, none of them fully explain why pastors take their lives.

One reason why pastors commit suicide is because of the demands of the ministry. It is true that when church members need the pastor, he or she is always there for them. However, pastors find it very difficult to confide their problems to members of the church for fear of recrimination.

Another reason pastors kill themselves may be due to the lack of reward or recognition they receive in the ministry. Many pastors are poorly paid and the lack of money imposes a severe financial burden on the family. This also requires personal sacrifice, humble living, and the deprivation of some luxuries in life.

These problems and a few others cause burnout and depression. A recent study by the Schaeffer Institute reveals the oppressive conditions pastors face in discharging their ministerial responsibility:

According to the Schaeffer Institute, 70 percent of pastors constantly fight depression, and 71 percent are burned out. Meanwhile, 72 percent of pastors say they only study the Bible when they are preparing for sermons; 80 percent believe pastoral ministry has negatively affected their families; and 70 percent say they don’t have a close friend.

As a result, the same study reports “that 80 percent of seminary and Bible school graduates will leave the ministry within five years.” The stressful situation in which most pastors exercise their ministry can contribute to suicidal thoughts. Anyone who takes his or her life has planned to do so even before the act is committed. Thinking about suicide is the first step toward suicide, but not always. 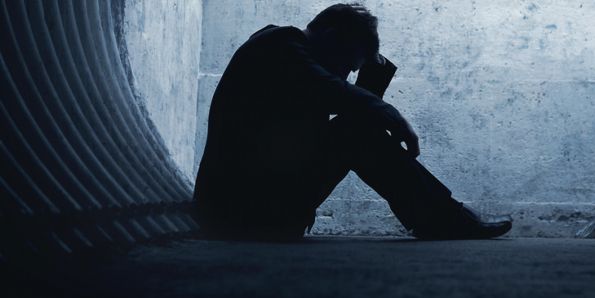 Psychologists point to several reasons why people commit suicide, from depression to psychosis to stressful life situations. But one thing is certain: Whatever drives someone to take their own life ultimately begins in the mind. Suicidal thoughts precede suicide.

“Suicidal thoughts have numerous causes,” according to Mayo Clinic. “Most often, suicidal thoughts are the result of feeling like you can’t cope when you’re faced with what seems to be an overwhelming life situation. If you don’t have hope for the future, you may mistakenly think suicide is a solution. You may experience a sort of tunnel vision, where in the middle of a crisis you believe suicide is the only way out.”

Some counselors say the Christian culture, especially conservative evangelicalism, creates the perfect environment for depression. Pastors suffer in silence, unwilling or unable to seek help or even talk about it. Sometimes they leave the ministry. Occasionally the result is the unthinkable.

There are several cases in the Bible where people thought about dying, whether by taking their own life or by other means is not clear.

When the people of Israel were in the wilderness and approached Moses complaining and weeping, asking for meat to eat, Moses lost his temper and prayed to God: “I am not able to bear this entire people alone, because it is too heavy for me! But if you are going to deal with me like this, then kill me immediately. If I have found favor in your sight then do not let me see my trouble” (Numbers 11:14-15 NET).

When Elijah was threatened by Jezebel, he fled to the desert, dejected because of the situation in Israel. In his despair, Elijah prayed: “I’ve had enough! Now, O LORD, take my life” (1 Kings 19:4 NET).

A similar situation confronted the prophet Jonah. After Jonah preached his sermon to the Ninevites, they repented and the Lord revoked the punishment he promised to bring against the citizens of Nineveh. Jonah was so angry that he prayed to the Lord: “So now, LORD, kill me instead, because I would rather die than live!” (Jonah 4:3 NET).

Suicide raises an important question: What are the moral issues associated with suicide? Another question that Christians ask is whether a person who commits suicide will be saved or will be lost.

When Samson committed suicide by killing himself and the Philistines with him, Samson prayed: “O Master, LORD, remember me! Strengthen me just one more time, O God, so I can get swift revenge against the Philistines for my two eyes” (Judges 16:28 NET).

The Lord answered Samson’s prayer. Samson’s strength was restored and he brought down the Philistines who were worshiping in the temple of their god. As a result, Samson “killed many more people in his death than he had killed during his life” (Judges 16:30 NET).

What is so ironic about Samson’s suicide is that he was able to kill himself and the Philistines with the help of God. If God had not answered his prayer and restored his strength, Samson would be unable to bring down the pillars of the temple and kill himself and his enemies.

According to the New York Times (August 1, 2010), pastors now suffer from obesity, hypertension, and depression at higher rates higher. Their use of antidepressants has risen, while their life expectancy has fallen. Many would change jobs if they could.

The hardest thing about these numbers is that they only tell half the story. The other half is that congregations don’t know or understand the nature of pastoral stress. And when a pastor breaks down or has a moral failure, congregations simply throw the pastor out.

Whether you are a pastor, a former pastor, or a congregation member, I hope these clergy burnout statistics and pastor suicide reports help stir in our hearts a desire to understand, love, support, and care for pastors.

Tags: “When Pastors Kill Themselves” By Dr. Claude Mariottini at www.claudemariottini.com

TWISTS AND TURNS OF LIFE: By: Lunminthang Haokip